The headlines on jancisrobinson.com, Decanter and Wine Spectator are all about the passing of Paul Pontallier
of Château Margaux. I have visited there several times and its a special place with great people and Paul was special to them.
Its some pair of shoes to fill. Only 59 and always seeming full of life. Still can’t believe it…. 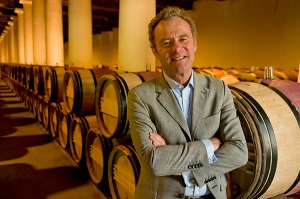 Paul Pontallier will be greatly missed, not only at Château Margaux but around the world.

Less well known perhaps was Bernard Dubreuil of Domaine Dubreuil-Fontaine. I only heard today of his funeral this afternoon. He had been ill for a while and I had hoped he was going to win his battle, but sadly not.
He was a great supporter of my Corton book and it is he you will find raising the tricolour from a balcony at the domaine in Pernand-Vergelesses on Bastille day.
Here is the dear man looking typically jolly in a cellar in Pernand. 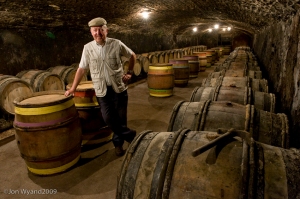 Of course he was retired, leaving his daughter Christine run the estate for a while now, but he was often to be seen helping out. A warm and kindly man I wish I had known better, but was lucky to know at all, a proud Frenchman and Burgundian. I shall miss very much.

Back in 2003 Wine Spectator asked me shoot a story on Châteauneuf du Pape. It was not my first visit but I was looking forward to staying several days.
The magazine often made suggestions regarding portraits but with Henri Bonneau I was told to go gently and do whatever he wanted.
On the morning of the appointment I was met at my hotel, La Mere Germaine, by Isabel Ferrando from Domaine St Prefert who was to introduce me to her much loved mentor. Henri lived high up in the village and I went fully prepared with my lighting, dragging it up the steep narrow cobbled street to his cellar.
On my my arrival, there was coffee as we all sat to discuss what was needed.
Isabel had warned me that this appointment had been difficult to arrange after he had sworn never to be photographed again. He had suffered at the hands of some Parisian photographer who made him look rather tired and ill-tempered…
After a brief tour of the small, cramped but rambling cellar, I realised an extension cable was required to power my lights. His son Marcel was dispatched to find one while we stood at the cellar door chatting. I already understood  that the cellar was going to be a long and complicated shoot and was concerned Henri would relive his previous experience.

In truth I had arrived expecting a prickly old man, demanding and difficult to please, but Henri was nothing like that, relaxed and jolly with a twinkle in his eye. Still I had decided once I had my best shot I would call it a day and not risk outstaying my welcome.
Within a matter of minutes the light at the cellar door had changed. The sun had risen sufficiently to hit a nearby white wall that reflected it back onto Henri. A quick test showed it was balancing nicely with the interior light in the cellar. This was all pre-digital for me so I showed Henri the polaroid and he liked what he saw. By the time Marcel returned with the cable I was satisfied with what I had and my model was still happy. Job done. I never did get back to taste his extraordinary wines but I had at least met and got to know the great man a little. 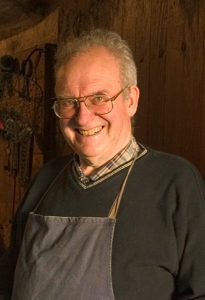 After my success with the OIV last year I have asked to read and comment on one of this year’s entries. Very honoured to be asked.

Work wise I missed The Grands Jours in Burgundy this year, it seems the weather is being as kind as two years ago when I nearly got sunburnt eating my lunch on steps in Ladoix !

In April I’m off to work in Uruguay briefly then on to Chile to shoot harvest there. Looking forward to it !