One thing I’ve learnt about blogging is that posts with a good name attract readers, so please forgive me Jancis. Otherwise I was going to entitle this one “Shooting the messenger” !
One element of December and January was photographing three tastings and a book launch before I had to start travelling again. So here is an album of some of  your favourite wine writers at work.
My first was a morning at a wine shop like no other in London – Hedonism. Handily placed in Mayfair if you run out of Y’quem or Lafite. I was there to shoot a tasting put on by Andrea Franchetti for his IGT wines from Tenuta di Trinoro in the Orcia valley in Tuscany. 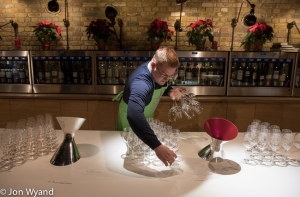 setting up at Hedonism. 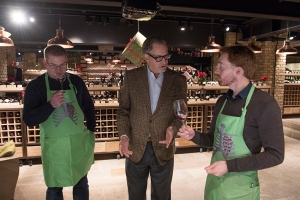 and checks all is OK. 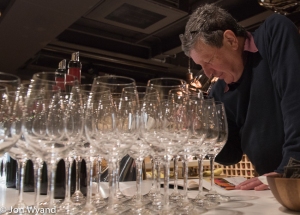 Stephen Brook was one of the first in.

Some of the stars of the morning. 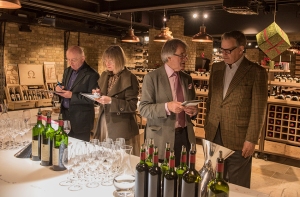 Oz Clarke, Jancis Robinson and Steven Spurrier are lined too ! 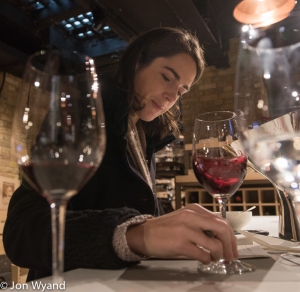 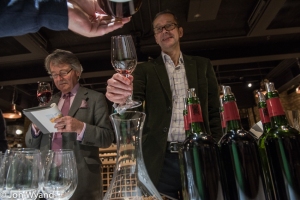 John Stimpfig is all anticipation

The Cabotte Restaurant in London organised a blind tasting of wines from Nuit St Georges later in December.

The stage is set.

Jancis at the double ! 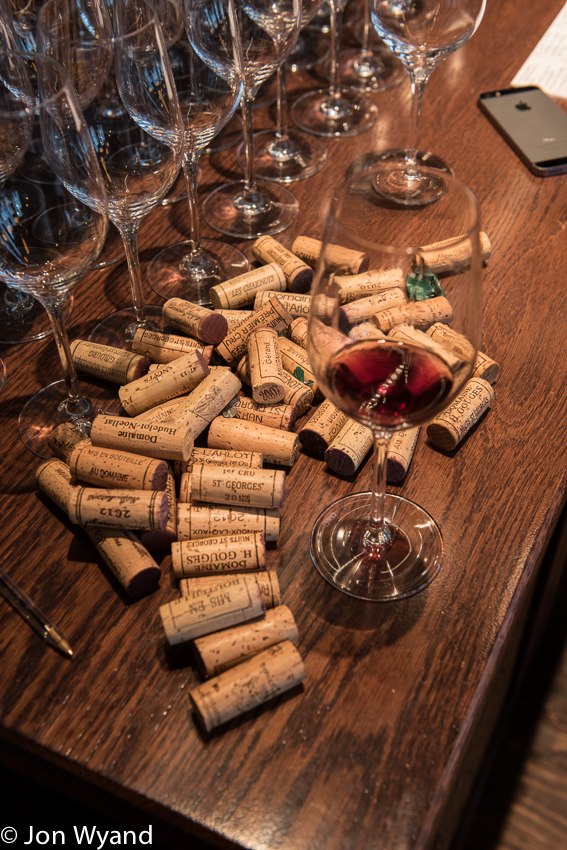 screwcaps just would not look the same !

During the Burgundy tasting week in London Flint Wines asked to record their event. More cries of “Not you again!” from the tasters so I concentrated on the winemakers.Good to see so many familiar faces. 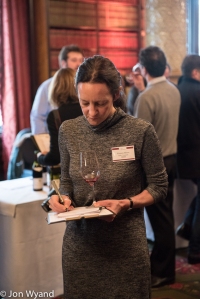 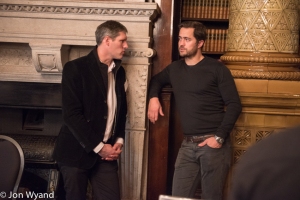 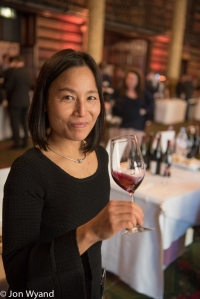 Tomoko Kuriyama, half of Domaine Chantrêves in Savigny-les-Beaune

The wine media were on hand at the Berry Bros offices in St. James’s for the launch of Ch’ng Poh Tiong’s new book “50 Bordeaux chefs:Top Chinese Restaurants in the World”. Simon Berry was on form as the host and Poh Tiong had provided some Château Yquem 2013.

Margaret Rand, Simon Berry and Anthony Rose are amused by something 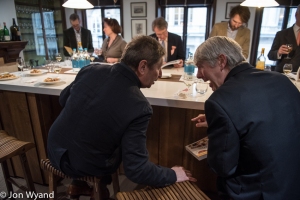 Anthony and Neil Beckett conspiring over something. 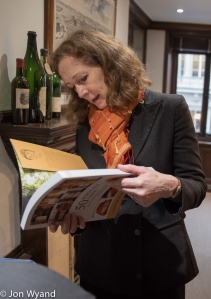 Poh Tiong gets the traditional Berry Bros weigh-in after a good lunch.

My apologies for a protracted silence, but as you will see later its been a busy winter/springtime visiting four different countries. That all coming soon.

Back in November (!), the day after the Paulée I made a quick return to shoot these guys or a Wine Enthusiast story about up and coming negociants in Burgundy. Rain had been predicted so we worked on and under the balconies of the courtyard at the Hospices de Beaune.
All great guys but put them together… Not so easy to control! Perhaps they knew me too well. A great time anyway.
Thanks to the people at the Hospices for helping us to shoot in such wonderful surroundings, Lee-Anne and Jean-Thierry.
If you have not been, you must !

Looks Nicolas Potel has been up awhile before being no 1 on my list. 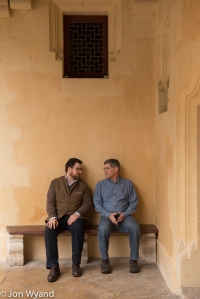 while David Duband came all the way down from Chevannes in the Hautes Côtes.

Jeremy Seysses showing how much taller Burgundians are these days

Benjamin Leroux brought the future with him!

As soon as the group shot was done it was time to relax.

and enjoy the location.

Lots to enjoy in stone 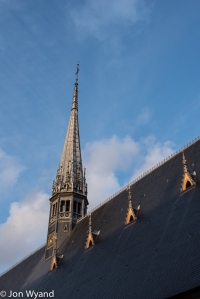 And the sun came out !

The bottle shot. For those who notice the gap in the bottles, that’s for a double page spread ! 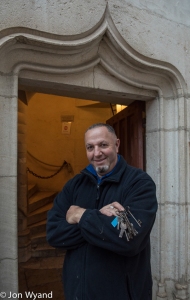 Jean-Thierry, man behind the scenes, came to let me out !

Another tough day at the office !