Having suddenly become a (publishable) writer I arranged to refresh my memories of the Paulée before writing a piece for Norwegian magazine Vin Forum. Its always great fun to see winemakers from elsewhere to enjoy the event but I think it may not belong before guests need napkin waving lessons, it was not quite as enthusiastic this year, perhaps fatigue had set in or there were too many shy first time visitors. I certainly noticed a US male still wearing jacket and tie at the end !
Making his debut, but far more enthusiastic were Dan Keeling and his Noble Rot team who fully emerged themselves ! Honoured to be asked, I gave them a good deal on photos of the event, so look out for the next issue !
Also noticeable was a strong contingent from Côte de Nuits with Mathilde Grivot and Eve Faiveley setting the pace.
The lunch in pictures : 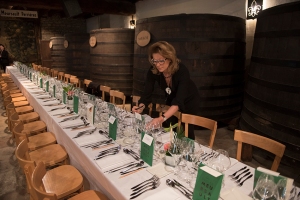 Final preparations before everyone arrives 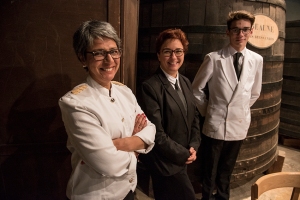 and the staff are ready, well 3 of them at least. 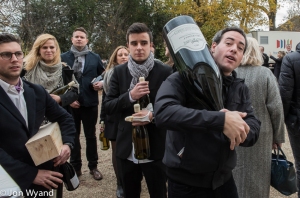 Yes, the idea is that you bring a bottle to share. The decision is, which bottle will impress ! 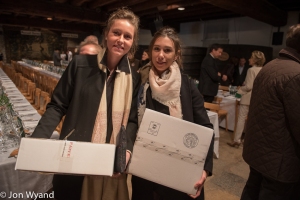 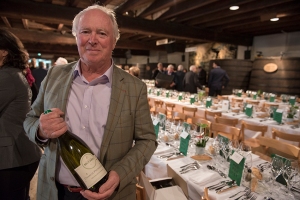 Old friend Jean Marc Brocard , all the way from Chablis. 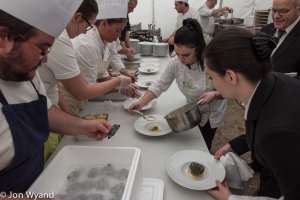 The food is on the way. 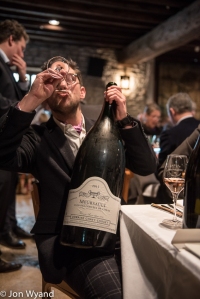 And the bottles are opened. 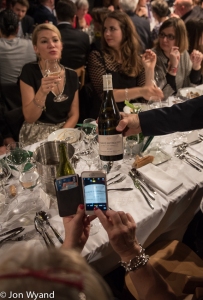 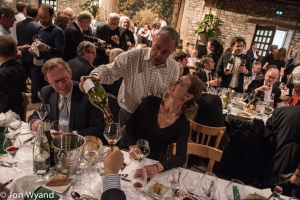 Dominique Lafon does the rounds.

and the waiters try to find a way through!

as fast as they can. 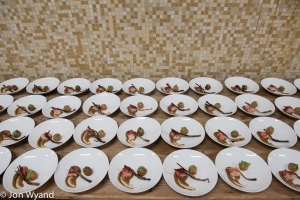 while things get organised in the kitchen,

Pierre-Yves Colin stays at the table 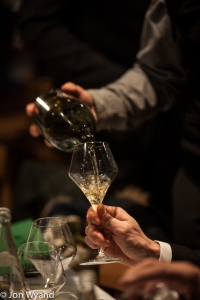 and the music keeps the mood going.

New friends are made. 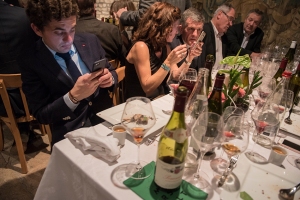 While one has better things to do. 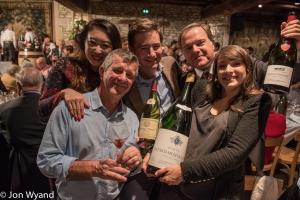 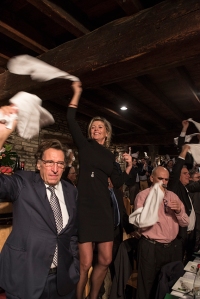