Every so often my harvest visit to Burgundy merges with another assignment in the Rhône and this year there was a third client, Flint Wines in London. Consequently when I arrived back in Burgundy I had missed most of the Côte de Beaune. I still had a very interesting time in the Côte de Nuits enjoying great weather and meeting very happy winemakers.
I had planned to visit Chablis but the dreadful hailstorm meant that trip was best delayed.Can you imagine trying to photograph someone who had just lost 85% of his Grand Crus a week before harvest…?
I managed to catch Jean-Michel Chartron harvesting their Chevalier Montrachet before having to head south to Avignon before returning.

Michel Niellon was picking his Chevalier too 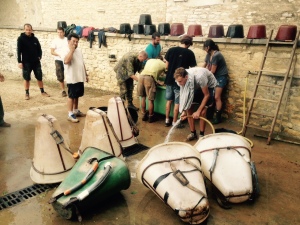 Cleaning up at Chartron

Getting the barrels ready at Chartron 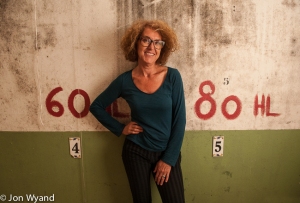 Her husband watches from behind a reflector !

Nicolas Haeni at Malmont provides coffee after an early start

Nicolas’s Malmont vineyard, near Seguret, all his own work – watch this space ! 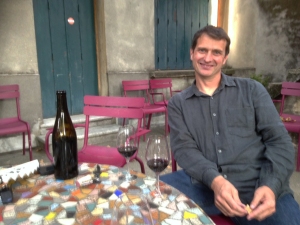 Jean-Louis Chave relaxes with a glass of his favourite – St Joseph ! 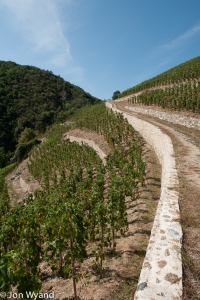 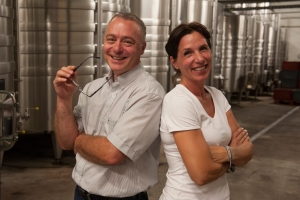 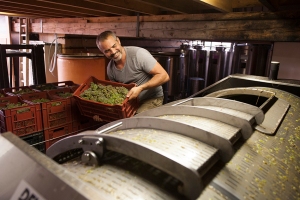 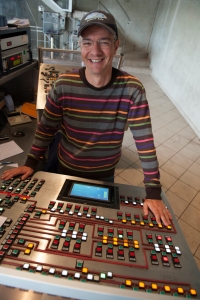 Philippe Guigal and his Dad think 2015 is their best ever vintage. The grapes from La Turque looked amazing.

Start of harvest in Guigal’s La Turque in Côte Rôtie

Chardonnay in Charlemagne, quite a sight. 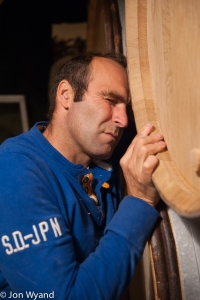 Over the road Laurent Pillot is watching his Aligoté come in

Its Aligoté- o-clock at Pillot’s

I hope he has n’t lost his watch….

At the Hospices de Beaune things are more modern. No “pigeage a pied ” here.

Nico’s winemaker Xavier is more serious and likes to work in the dark. 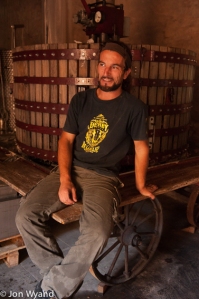 Meanwhile Germain relaxes in between presses

Caroline Frey keeping an eye on her bit of Burgundy

This entry was posted on October 22, 2015 by jonwyand. It was filed under Uncategorized .