The Good, the Bad and the Fair

The Good: eight days in Chile and Uruguay, two visits, one a joint venture between a renowned Chilean estate and a Bordeaux château, the other a family estate in Uruguay with such a grounded passion for their vineyards and wine, I thought I was in Burgundy ! But first to shake off the jet lag, a day trip to visit my friends at Errazuriz before I start. All will be revealed eventually in World of Fine Wine….

The Bad: the news of frosts in the Côte d’Or and later floods around Chablis. See what these winemakers have to accept as part of their lives? As a winemaker in Rioja whispered to me once “Never ask a farmer to smile…”

The Fair: I called in at the London Wine Fair, met a trio of winemakers, Dr Ernie Loosen from the Mosel, Lyne Marchive from Domaine Tremblay-Marchive in Chablis, a regular supporter of Chablis in London, and Rotem Saoma, one half of Lucien Le Moine in Beaune, showing off the wines from their new venture in Châteauneuf du Pape.
Finally, who should I run into but a Facebook friend, Ricardo Bernardo from Portugal. He’s a great person, I’m grateful he speaks such good English, I’ve never mastered Portuguese beyond “good day” and “good night”. A charming and open guy, he suggests wine photographers should be more friendly to each other. I do too, if we share the same point of view, and many of us do.
Anyway here are a few snaps to keep you going until I get back to Burgundy in June.

It had been raining for several days but that was about to end, sadly for this umbrella salesman.

Can’t beat an empanada, but get it at El Rapido !

Then its off to the market.
They love their numbers in Santiago ! 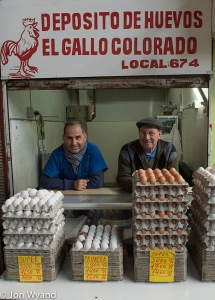 I saw no chickens, perhaps the eggs came first… No the cockerel did!

First light at Errazuriz on day 2 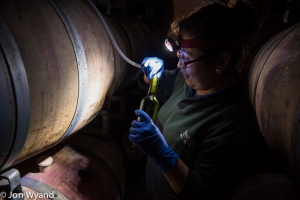 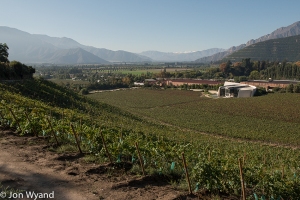 A last look at Errazuriz, for a while….

End of a long day at Panquehue with Raimundo,
now back to Santiago

Starting the new job with a coffee 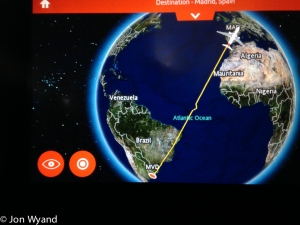 After Chile and Uruguay, the long journey home. 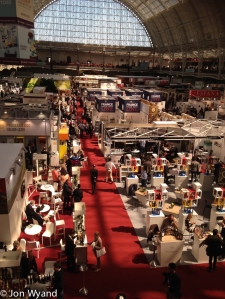 A sunny day at Olympia for the London Wine Fair

Watching the world go by. 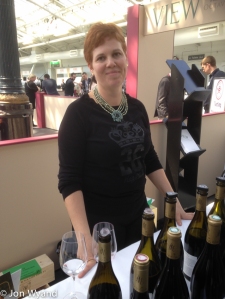 Rotem is happy with her Châteuneuf du Pape

Another glimpse of Errazuriz at the Hatch Mansfield stand

Finally, some of you will have already heard of the passing of one ofBurgundy’s icons/legends, call the great man what you will, Charles Rousseau of Domaine Aemand Rousseau in Gevrey Chambertin.
Its nearly twenty years since I first met him and he apologised then for not speaking English. Ten years on we crossed paths in Chambertin and he immediately started speaking in English. “You told me you could not speak English…” I said. “Of course I do, he smiled, “and German, and Spanish… and Italian… and American ! I just thought you needed to practice your French, I was right was n’t !”
He certainly was. A very wise man.
Here are some pictures to remember him by.

Charles in his cellar, the last time I saw him. 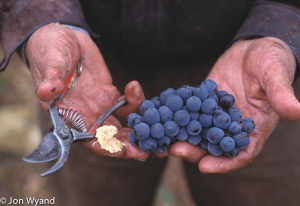 Those gentle hands at work in Clos St Jacques.

This entry was posted on May 18, 2016 by jonwyand. It was filed under Uncategorized .